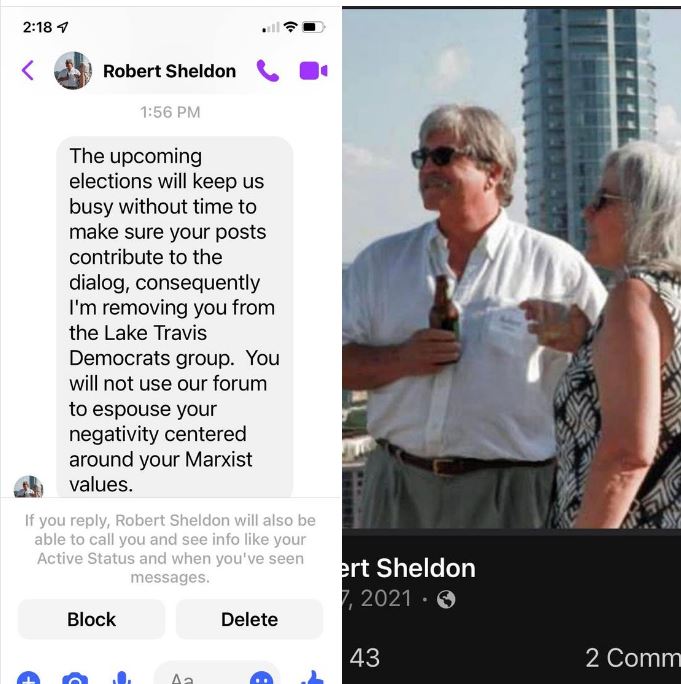 Recently, a Texas anti-war activist named Alan Maki shared with a local Democrat Facebook page a letter to the editor he had submitted criticizing both the Democrat and Republican parties for passage of the largest allocation of funds to warfare ever approved.

Letter to the Editor, Austin-American Statesman:

“Congress passed, and Biden signed, the most massive military expenditure in U.S. history- 768 billion dollars. For all the good this does they might as well have flushed this money down the toilet. It is amazing how Democrats and Republicans can reach consensus when it comes to financing Wall Street’s Military-Industrial Complex but these same politicians refuse to fund human needs. Alan L. Maki Lakeway, Texas 512-517-2708.”

In response to his attempt to post this opinion into the Facebook forum of a local Democratic Party group, guardian of the Facebook page Robert Sheldon, pictured above drinking a beer stated:

“The upcoming elections will keep us busy without time to make sure your posts contribute to the dialog, consequently I am removing you from the Lake Travis Democrats group.  You will not use our forum to espouse your negativity centered around your Marxist values.”

Mr. Sheldon is apparently more drunk on his power as Lake Travis Democrats guardian than from the beer.

His rejection of this relatively benign statement by Mr. Maki, a not overly radical thing to say, about the wasteful cost of US propensity for waging and threatening war against most of the planet as being Marxist – it is the exact same thing that Trump supporters and Proud Boys do.

They are two peas in the pod – protectorates of the Dem Forum and the Trumpian – Proud Boy Right – when it comes to their belief that “Everyone who disagrees with us is a communist.”

It seems like more and more so the Democratic Party can not even get past its own very low bar – supporting anything that is not Trump – when they treat criticism the same exact way that Trump does – by red-baiting and smear.

As it turns out, Alan Maki is clearly a leftist and well read on Marxism.

But that is aside the point as Sheldon was responding to a not particularly communist criticism of war spending.

Will Anti-War Activists Realize There is Nothing for Them in the Democratic Party?

It should hopefully awaken those who believe they are opposed to US war  – but still committed to the Democratic Party candidates electorally.

If your party can not even fathom discussion on the topic of US warfare and spending and will exclude, red bait and smear anti war criticism – how can you delude yourself that the Democratic Party has any role to play whatsoever in decreasing the US propensity to promote and threaten war throughout the planet.

Personally I have been involved in anti-war activities since 1978.

I am not a Marxist – probably the main reason being that I never took the time to study all of the writings.  I did go through the “For Beginners” series and the arguments in those tracts were convincing.  I certainly am anti-capitalist as it is easy to see that capitalism is the root of much oppression, exploitation, destruction and murder.  It is quite telling for this Democratic Party forum protector to admit that the dems have no place for antiwar criticism and wants any such criticism to be blocked.

As a pro-capitalist party – the Democratic Party is indeed wedded to endless war.  The capitalist system has war as an underpinning in many ways – from direct profiting from war expenditures, to US military force being leveraged to extract resources and other benefits to multinational corporate capital, to the distraction on focusing on a foreign enemy and away from domestic issues we face, to 1000s of other ways.

No room for this Marxist critique in the Democratic Party! 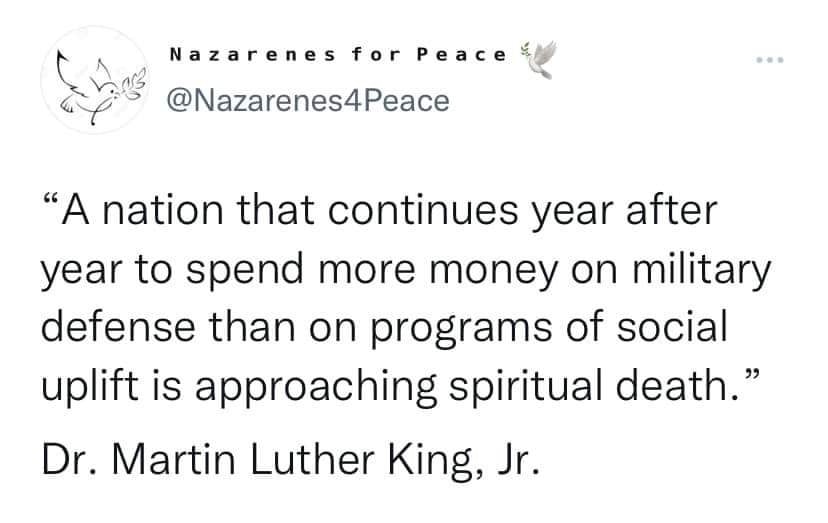