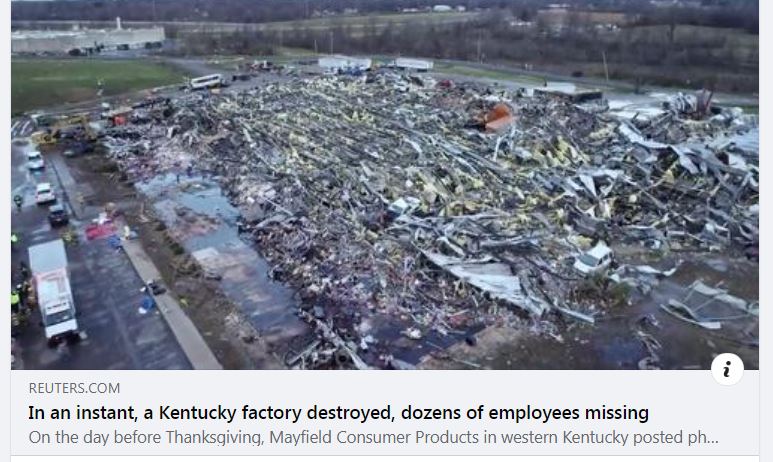 On Friday December 10 in the early part of the afternoon weather and news reports issued dire warnings about massive tornadoes expected to engulf possibly over 50 million people in cenrtal USA.  There was significant enough time for industry to use emergency communications to close their operations in the path of the catastrophe.

Most industry did NOT shut down and industrial sites were completely leveled or severely damaged.

This article is for now serving as a holding place to create a research effort to assess just how many workers died due to the willful negligent homicide or social murder if you prefer.

There are reports of mass casualties at a candle factory in Kentucky and at an Amazon warehouse in Missouri.  The news media is acting like they have no idea how many are missing and not even reporting how many had clocked in.

These mass casualty events are similar to the Triangle Shirt Factory fire in New York City of 1911 that touched off massive labor unrest.

We need to have an even more massive response of solidarity and outrage in support of labor right now!