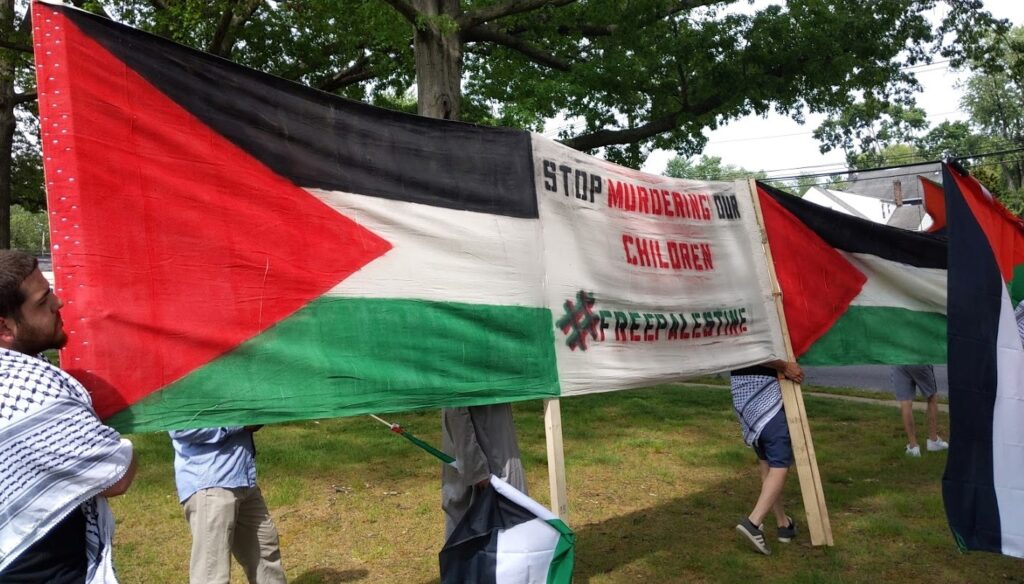 "Join us to show Cory Booker and the City of Newark the strength in our numbers and our commitment to call for an end to US compliance and support of Israel's occupation." - Hafsa Habehh, leader of NJ American Muslims for Palestine 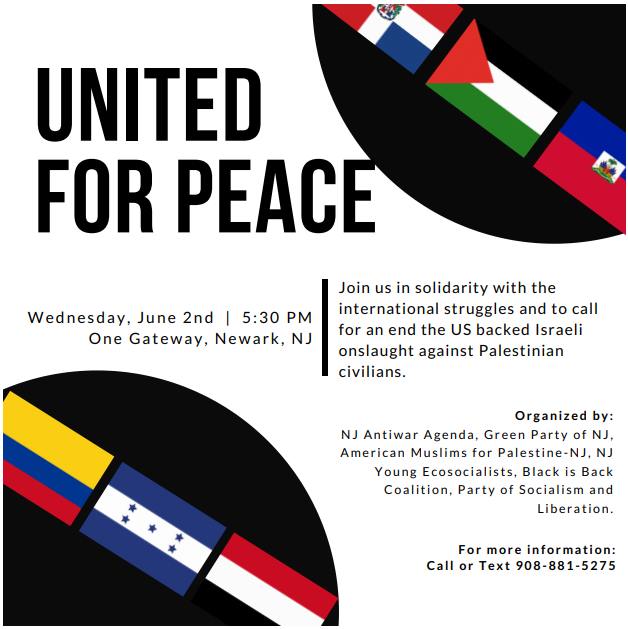 During a 3-week period in May of 2021, Israel launched an overwhelming mass of bombing on Palestinians in Gaza – this after a relentless settler campaign of ethnic cleansing, land and home theft against Palestinian residents of East Jerusalem’s Sheikh Jarrah community.  Palestinian resistance to the theft of their land and property resulted in violent repression from Israel occupation forces and “settlers” moving in to seize Palestinian owned property and homes.

So far over 260 Palestinians have been killed – 75 of them being children.  While there currently is a tenuous cease fire, Israel is continuing to carry out mass arrests of 100s of Palestinian youths and continuing to lay siege to Al Aqsa mosque.

The US backed Israeli onslaught against Palestinian civilians has led to a major wave of protests throughout the USA and world including numerous very large protests around NJ, with at least 4000 marching through Paterson NJ on May 16.

On Wednesday, June 2, the NJ Chapter of American Muslims for Palestine will converge their efforts with several organizations that are maintaining monthly protests in Newark at One Gateway including Black is Back Coalition, Green Party of NJ, NJ Ecosocialist Youth and #NJAntiWarAgenda.

This event will feature updates from Palestinian, Muslim and other activists as well as messages of support from other national struggles including Colombian, Dominican, Haitian, Honduran and other struggles as well as from organizations working for systemic change within the confines of the USA.

According to Lisa Davis of Black is Back Coalition, “It is imperative that we tie the domestic struggles of African and other oppressed people in the US with this country’s conquest for global domination through unending wars and exploitation of global resources.  Our monthly protests in front of Senator Booker’s office in Newark  thus far this year has brought us into a collaborative relationship with national struggles of the peoples of Ecuador, Colombia, Haiti, the Dominican Republic, Palestine and all places where US imperialism and intervention is creating systems of violent oppression of the populations.  We are determined to give a clear message to NJ’s US Senators that they must take a position to end these wars  once and for all,   and instead using trillions for war, they must use that money for reparations for African people, and to meet the immediate needs of people here in the US.  We join with our Palestinian sisters and brothers to demand the immediate cessation of all US economic and military aid to Israel and an immediate end to the US backed Israeli occupation of Palestine – we say free Palestine, end the wars now, end US imperialism and abolish  AFRICOM!”

Madelyn Hoffman, a leader of the Green Party of NJ added, “”The world finds itself at a tipping point,” said Madelyn Hoffman of the Green Party of NJ. The state-sponsored and state-sanctioned violence of the Israeli government against the people of Palestine has been seen by millions around the world, millions who have stepped up and joined forces against it. Many of those same forces have also raised their voices against the Duque government’s violence against peaceful protesters in Colombia, the U.S. continued support for the dictator Moise in Haiti — and the list goes on. We will continue to fight back and build the strongest coalitions possible with the goal of ending this state-supported violence by increasing pressure on the U.S. government to end its imperialist ways and to land on the side of peace.”

As part of the event, a 30 foot banner display created by Palestinian activists from Paterson NJ will be displayed and organizers encourage participants to bring banners, signs, Palestinian flags and other visual displays as well as drums and other musical instruments.  There is a potential for a march through Ironbound if the numbers merit such a march.

The June 2 protest is the 6th in a monthly series being coordinated by a growing coalition of organizations including Black is Back Coalition, Green Party of NJ, #NJAntiWarAgenda, Party for Socialism and Liberation and other organizations.  This month NJ American Muslims for Palestine has stepped forward providing co-coordination.

Each month the protests have focused on themes of support for national struggles opposing US interference and demanding improvements of conditions for residents of the US, including the homeless who sleep on the pavements in the streets around the site of the protest.

To represent, participate or for more information, call or text 908-881-5275.  We particularly are inviting representatives of other national struggles on the front lines against US imperialism to contact us to arrange to offer words of solidarity at the event. 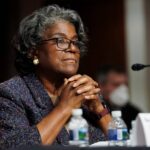 At confirmation hearing, Linda Thomas-Greenfield pledges to ‘stand against the unfair targeting of Israel’ at the UN, hopes to get support of states involved in recent normalization pacts 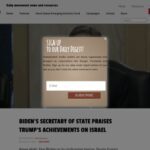 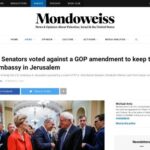 Only 3 Senators voted against a GOP amendment to keep the U.S. embassy in Jerusalem – Mondoweiss

An amendment to keep the U.S. embassy in Jerusalem passed by a count of 97-3. Only Bernie Sanders, Elizabeth Warren, and Tom Carper voted against it. 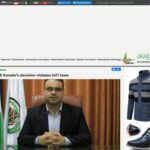 Hamas Movement described the US Senate’s approval to retain the American embassy in Jerusalem as a violation of international law. 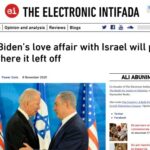 Netanyahu has every reason to expect Biden will deliver for Israel, as Obama did. 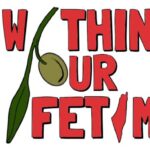 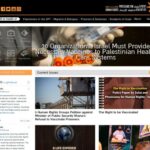 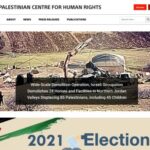 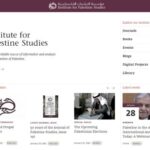 The most reliable source of information and analysis on the Question of Palestine. 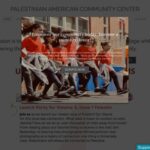 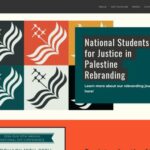 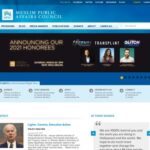 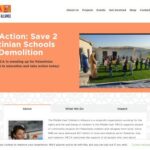 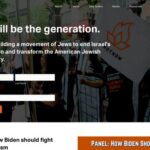 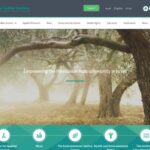 The Galilee Society – Empowering The Palestinian Arab Community In Israel

A leading Palestinian Arab non-partisan, community-wide, non-governmental organisation located in Israel, which was established by four healthcare professionals in 1981. 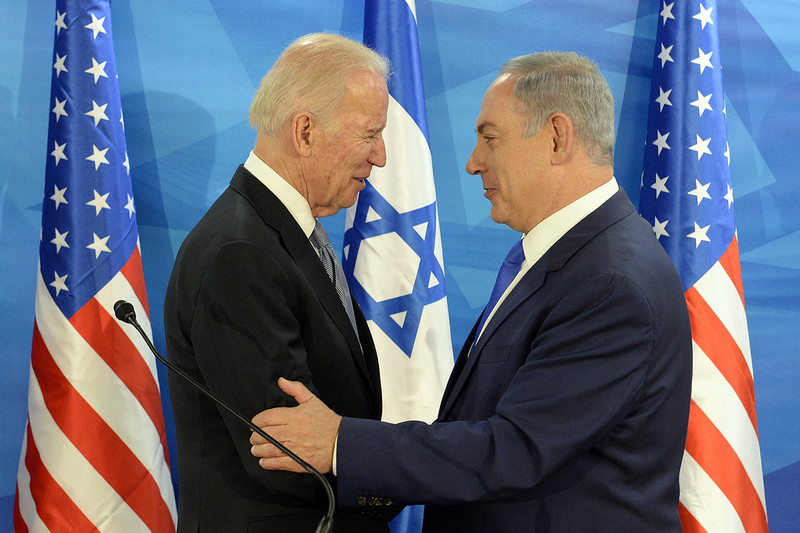