Home » Blog » Cannabis Manifesto – To the Workers and the Farmers Shall Go the NJ Cannabis Revenue Stimulus!

Cannabis Manifesto – To the Workers and the Farmers Shall Go the NJ Cannabis Revenue Stimulus! 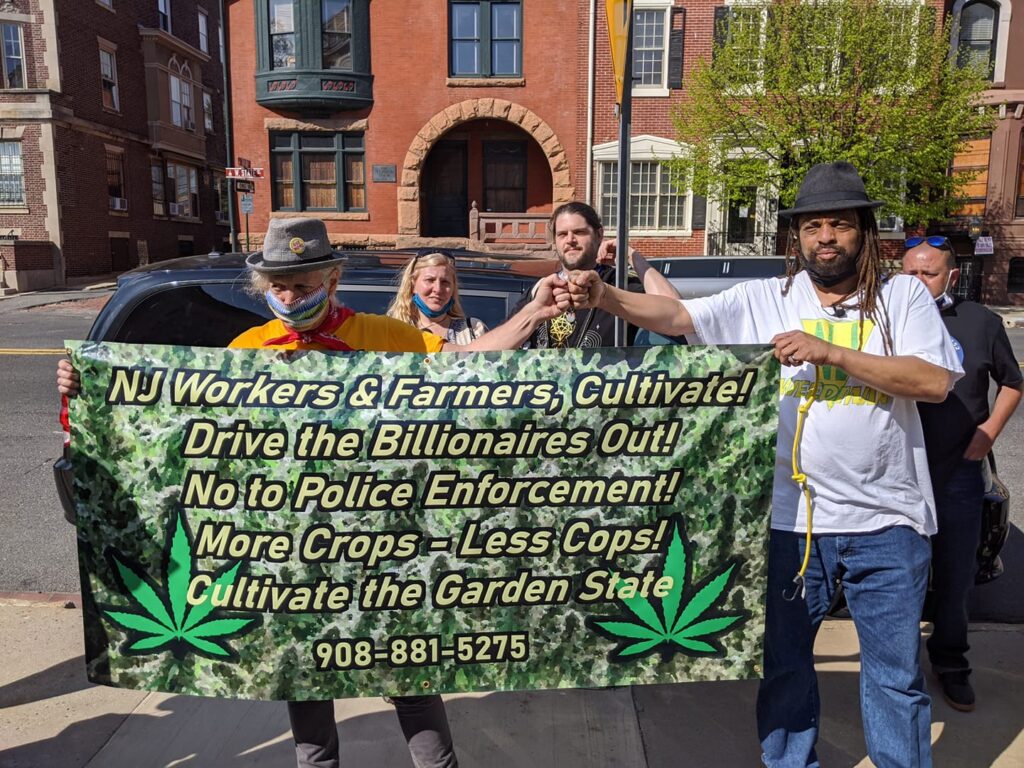 Writing in Heady NJ, Dan Ulloa referred o this proposal as “fascinating.”  His report accurately conveyed the thrust of the proposal.  In the process of interviewing this proposer, Bob Witanek, Dan also offered critique – he stated that he liked the idea in general but that he had concerns if there is the wherewithal to make it happen.  His criticism is well taken because this will ONLY move forward if there is a significant response – please complete the “interested party” form below to offer your support and ideas.

Cannabis Manifesto , , , the spectre that haunts NJ is the fact that the workers and the farmers own the means of production – the sun, the dirt, the air and the water – not the Canada Cannabis Cartel or other billionaires – from a near and afar.  We are perfectly capable of meeting our own needs without costly militarization of control of cannabis to profit cannabis investment houses and Wall Street.  We can produce our own product – we can share and we can negotiate a trade among NJ-and without most of the expenditures going to enrich investors.

NJ legislature and Governor Murphy have created a mythical fiction that only the billionaires can grow as much weed as possible for as much profit as they can possibly make – using some of the proceeds of taxes and fees to fund – along with other tax dollars – a statewide multi town  militarized police task force for the purpose of serving as the arm of the cartels – to carry out violent assault with state authority on those who are outside of the tight control they attempt to impose on this natural resource of our Garden State.
The cannabis revenue stimulus – thousands can be spread to millions of NJ ans – and – belongs to the workers and farmers who are suffering from a wretched system that offers no health care and sends police after home growers including health affected, sick and disabled who prescribe to cannabis as a medicine for their health care. NJ residents are suffering from COVID shut down, eviction threats, rising costs, along with the health care nightmare and this revenue stimulus from NJ cannabis IS NEEDED BY THE PEOPLE – not the billionaires – and we will fight to steer the stimulus to the people.
But the fiction of this fake effort to build a repressive regime of control and to attempt to control the cannabis revenue stimulus and to steer ALL of the revenue to billionaires that already own most of the world – – the NJ workers and farmers – – will not abide.
We will vigorously oppose all NJ police enforcement and collectively support through share of know how – through our product and trade ware decisions- – that NJ’s cannabis revenue stimulus shall be preserved for the benefit of NJ’s people – so that cannabis stockpiles can serve as an alternate currency for NJ-ans looking to make ends meet.

The chicanery that has led to a system where there is unlimited profits for billionaires and nothing for the NJ’s workers and farmers – is only a smokescreen – it can only be achieved by turning NJ into a literal police state. While they would need to keep full court press against cultivation . . . we will maintain full court press to end these police operations – to defund them and to send politicians voting for these obscene police budgets for cannabis enforcement running for the hills.

Under the baton of the British the Indians rebelled and made salt – – it is under the baton of the NJ weed chasing fake legalization regime that we will rebel – to Cultivate the Garden State . . . and distribute the NJ cannabis revenue stimulus to the entire suffering state populace – – and snatch it from the billionaire controlled industry whose only moral code is unbridled profit accumulated in the hands of the so very few.
Add Your Support and Action Plan

Leveraging the full potential of this proposal.

A list in formation of events around this proposal