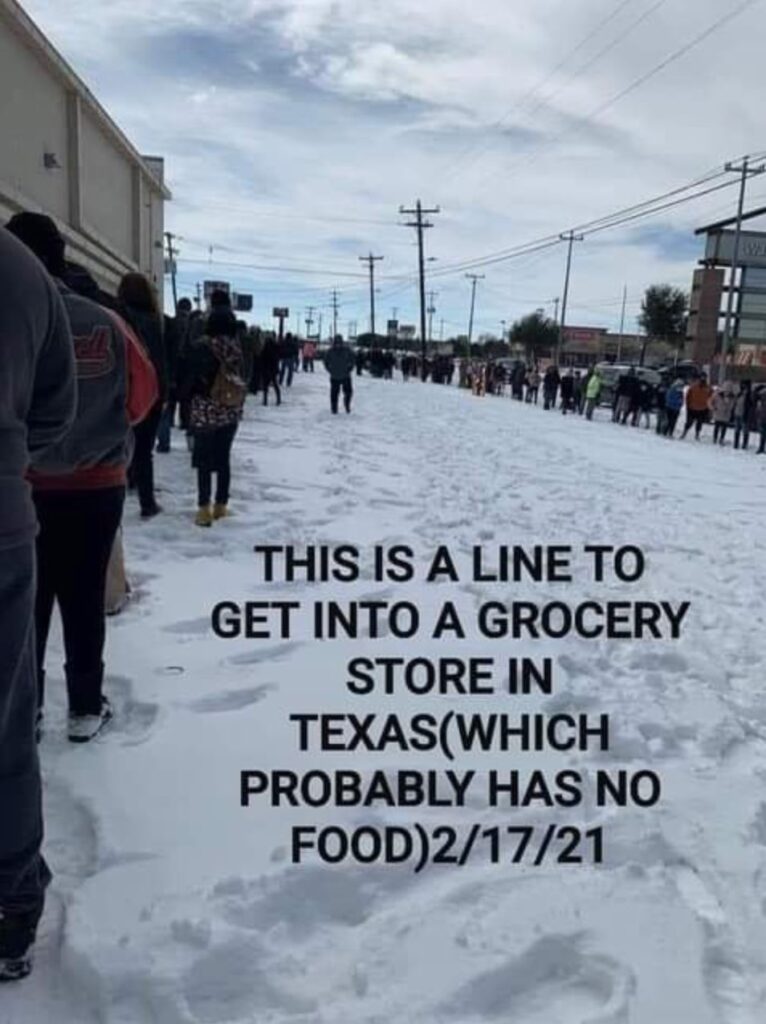 Some Democrat Party voters are shaming Texas voters for their suffering after the ice storms and lost power, water, food and life.   That is terribly wrong tact.

Instead we need to encourage Texans to unite and uproot the system that exploits all.  It does not matter now to most Texans who they voted for a couple months ago – more important is water, electricity, heat, food, health and safety!

True the Texas elected officials bet on never being beset by anything to challenge the rotting grid that they refused to maintain so yacht owners can profit from skimping on repairs and maintenance.  SInce they cut themselves off from the national grid they were prone to any challenge to the rotten grid operation.

Now these rotten to the core companies are charging – some of them – $10 K for a month of electricity – others increased rates 33%.

Everybody is reeling no matter who they voted for – instead of vote shaming – lets support mutual aid and also lets provide resources to the Texas people so that they can mobilize – maybe surround some of the homes of those who are profiting from this disaster!

AND IT IS HIGHLY RECOMMENDED THAT ALL TEXANS CUT OFF AUTOMATIC DRAFTING TO THE UTILITIES IMMEDIATELY BEFORE THEY STEAL THEIR SAVINGS FOR A MONTH OF ELECTRICITY THAT WAS WOEFULLY UNAVAILABLE! 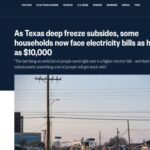 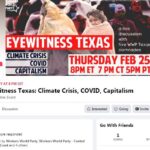 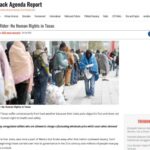