Home » Blog » Chile: First in line for US Arms Sales Under Biden Administration

Chile: First in line for US Arms Sales Under Biden Administration 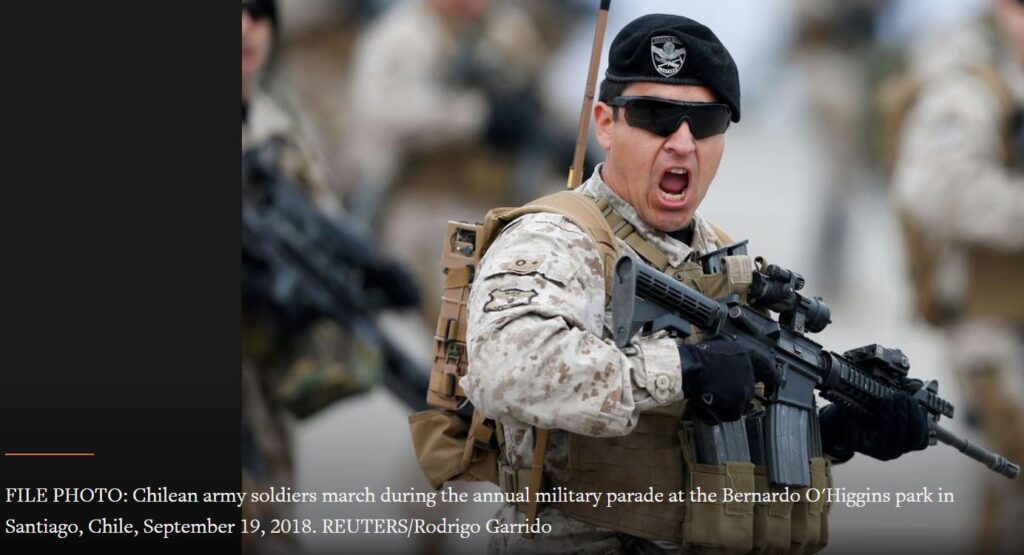 Throughout much of 2019 and into 2020, Chile was in the throes of youth led protests around education and austerity.  The protests were brutally repressed by militarized policing that often targeted eyes and other body parts of protesters with so called non-lethal gun fire, taking out eyes and other parts of the anatomy of protesters.

The brutality was a dangerous reminder of the infamous era of fascism under the Pinochet regime brought to power by a US supported coup against the democratically elected Salvador Allende carried out in 1973.

Chilean police receive training from US and Israel and armaments from the US.

Now Chile is among the first nations to gain approval for arm sales under the new Biden Administration by the Biden led State Department.

Reportedly, “The NATO Communications and Information Agency package includes 517 AN/PRC-158 Manpack UHF SATCOM radio systems for field communications, with an estimated cost of up to $65 million, including training and spares.

Separately, Chile could buy as many as 16 Standard Missile-2 (SM-2) Block IIIA missiles, supporting equipment, spares and training for $85 million, the Pentagon said. SM-2 missiles are considered medium-range and are often used by ships against enemy aircraft.” 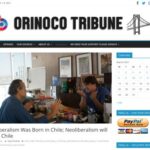 Neoliberalism Was Born in Chile; Neoliberalism will Die in Chile – Orinoco Tribune – News and opinion pieces about Venezuela and beyond 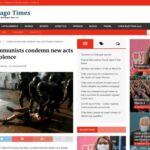 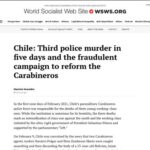 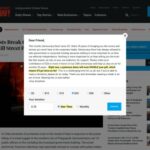 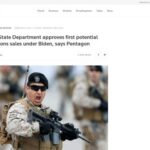 Join in action(s) to support struggles on this issue! 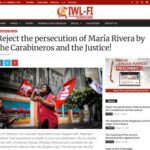 Reject the persecution of MarÃ­a Rivera by the Carabineros and the Justice! – IWL-FI

On 16 February, our comrade MarÃ­a Rivera was charged with âImproper Seditionâ and summoned to testify in court as a defendant. She is a leader of the MIT, of