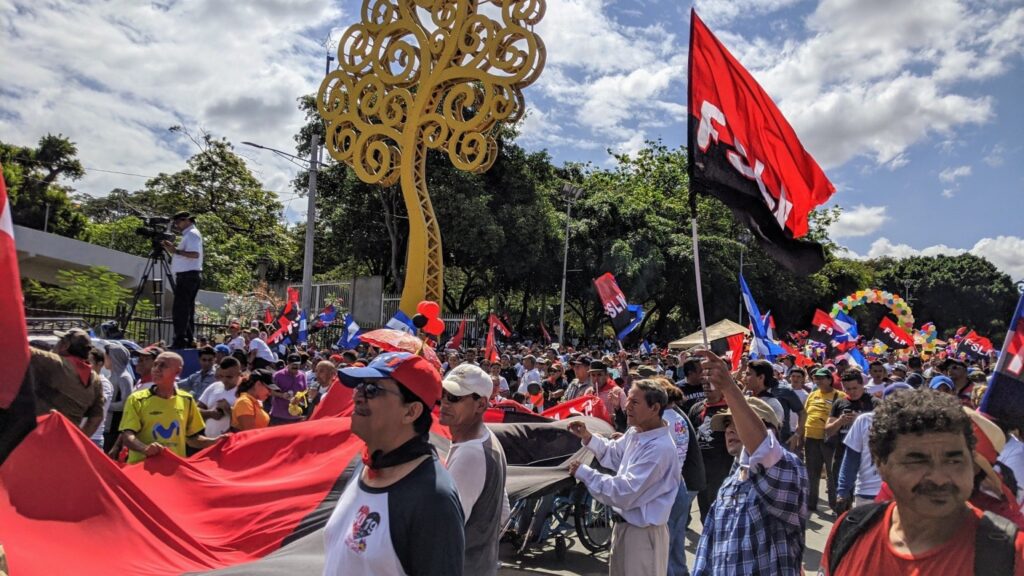 During his campaign for president, Biden tried to court support from the right wing melieu of Latin American x-pats and absentee overlords through a political relationship with Ana Navaro whose father was a CIA backed contra fighter during the Reagan led CIA war on Nicaragua.  Navarro had led a pro-Biden caravan around Miami with vehicles festooned with anti-communist signs to proclaim opposition to the government led by the Sandinistan Daniel Ortega.  Biden also tweeted in September of 2020 accusing Daniel Ortega of being “tyrannical”.

Now, not even a month after taking office Biden is sticking his nose into the internal affairs of Nicaragua – again making noise that it is somehow a dictatorship to have US agencies that support opposition and provide cover to CIA operatives to register as foreign agents in Nicaragua.

Indeed if anything Nicaragua can be accused of being soft on these entities by even allowing them to operate in Nicaragua at all given their history of working to aid coups and sabotage operations in Latin America.

Nicaragua has passed a law requiring organizations financed by foreign connected agencies to register as foreign agents – a law very similar to laws in the US that have been used to force news agencies such as RT to register as such.

But when the USA does it – it apparently is ok but if Nicaragua does it – because it interferes with US objectives to destabilize Nicaragua it is somehow the act of dictatorship.

This smear of the Sandinista led government of Nicaragua is an indicator, like current efforts to undermine the electoral process in Ecuador, that Biden is continuing the policies of prior governments including the Trump administration to pursue dirty tricks operations against governments and movements that aim to wrest control of development of land and resources for the greater benefit of the people.

We also need to communicate that any US operations against Nicaragua by the US and its bloody handed agencies will not be tolerated.  We remember the massive bloodshed caused by the US – CIA backing of the terrorist contras under the Reagan’s reign and we will not let that happen again! 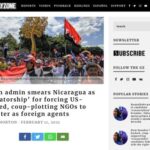