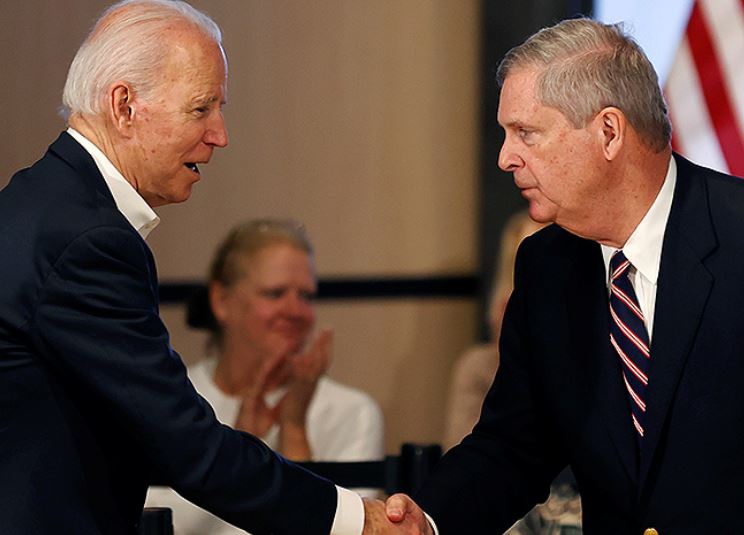 Excerptomg from New Left Voice report on Biden selection of Tom Vilsack for position of Secretary of Agricultire:

“Having someone like Vilsack at the helm of the US Department of Agriculture (USDA) will ensure a continuation of the racist, exploitative, and dangerous policies that have shaped the USDA’s legacy over the past 150 years — a legacy that Vilsack is more than ready to uphold.

The Department of Agriculture has long discriminated against Black and minority farmers, a history that was perpetuated under Vilsack’s direction during his first appointment during the Obama administration. According to an investigative report by the Counter, “The department foreclosed on Black-owned farms at a higher rate than on any other racial group between 2006 and 2016.” During that time the agency was six times more likely to foreclose on a Black farmer than it was on a white one. The report also notes that there were over 2,800 discrimination complaints from “customers” filed against the USDA from 2010 to 2012, and that the department failed to discipline its employees in response to the complaints.

It is not just his atrocious civil rights record that makes Vilsack a dangerous pick for secretary of agriculture. His record during the Obama years demonstrates a severe lack of interest, at best, in protecting independent farmers or workers’ rights.

In 2010 the USDA proposed new rules that aimed to resolve unaddressed issues in the Packers and Stockyards Act, which prohibits unfair conduct in the marketplace and establishes standards with which to hold meatpacking companies accountable. Yet after receiving pushback from lawmakers and industry groups, to which he has many close ties, Vilsack extended the comment period on the new rules past the 2010 midterm elections, by which time Republicans gained control of the House and pressured the USDA to water down the new rules. To be clear, Vilsack and the USDA had complete authority to finalize the rules before the midterm elections, and they deliberately chose not to. In an industry where the four biggest companies control over 80 percent of market share, the USDA’s failure to regulate has caused irreparable harm to independent farmers. This lack of regulation also means less oversight over the notoriously poor working conditions at meatpacking plants, which have become even worse during the Covid pandemic.

Vilsack is not a well-intentioned victim of aggressive corporate lobbying, though. He has deep ties to the corporate agriculture industry and has profited every step of the way from his decisions as secretary of agriculture, earning himself the nickname Mr. Monsanto. Under Vilsack’s leadership the USDA not only failed to pass regulations under the Packers and Stockyards Act, but it also promoted a plan that essentially allows the meatpacking industry to self-regulate. Moreover, his USDA sped up the approval process for controversial genetically modified organisms (GMO), crops that wreaked havoc on the environment. Vilsack himself even helped broker an industry-friendly GMO labeling bill that was designed to preempt and replace Vermont’s much stricter proposed labeling law. It’s no wonder the Biotechnology Industry Organization — which represents companies like Monsanto — once named him Governor of the Year. His current job? President and CEO of the U.S. Dairy Export Council, where he earns nearly $1 million in annual income.” 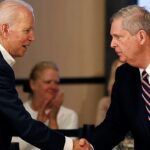