Home » Blog » Nuland: No to Nuland, No to intervention through coups, proxy wars, aggression, and occupation!

Nuland: No to Nuland, No to intervention through coups, proxy wars, aggression, and occupation! 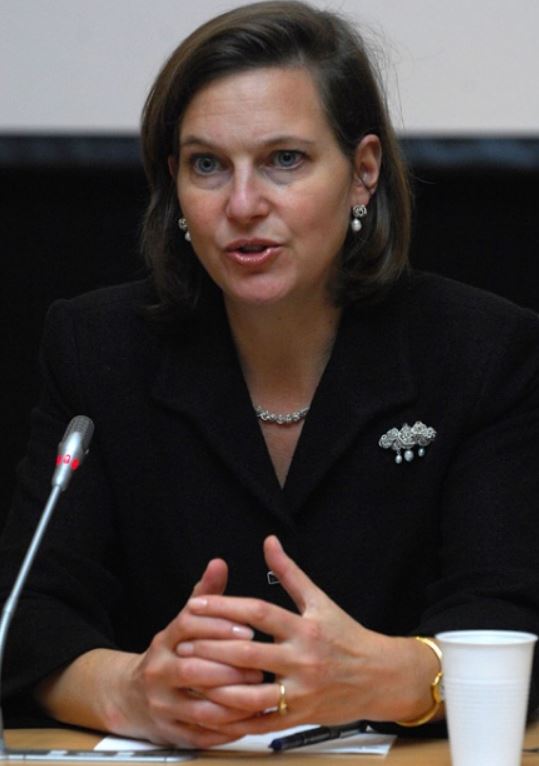 Excerpting from a recent report in LA Progressive:

“Victoria Nuland has promoted a foreign policy of intervention through coups, proxy wars, aggression, and ongoing occupations. The policy has been implemented with bloody and disastrous results in Afghanistan, Iraq, Libya, Syria, and Ukraine.

With consummate hypocrisy she accuses Russia of spreading misinformation in the US, while she openly seeks to put “stress on Putin where he is vulnerable, including among his own citizens.”  She wants to “establish permanent bases along NATO’s eastern border and increase the pace and visibility of joint training exercises.”

Victoria Nuland is the queen of chicken hawks, the Lady Macbeth of perpetual war.  There are hundreds of thousands of victims from the policies she has promoted.   Yet she has not received a scratch. On the contrary, Victoria Nuland probably has profited from a stock portfolio filled with military contractors.

Now Victoria Nuland wants to provoke, threaten and “rollback” Russia. A quick look at a map of US military bases shows who is threatening whom.

Victoria Nuland is highly dangerous and should not be confirmed. “ 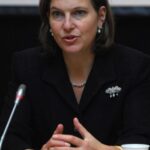 Victoria Nuland Is Dangerous and has promoted a foreign policy of intervention through coups, proxy wars, and ongoing occupations.