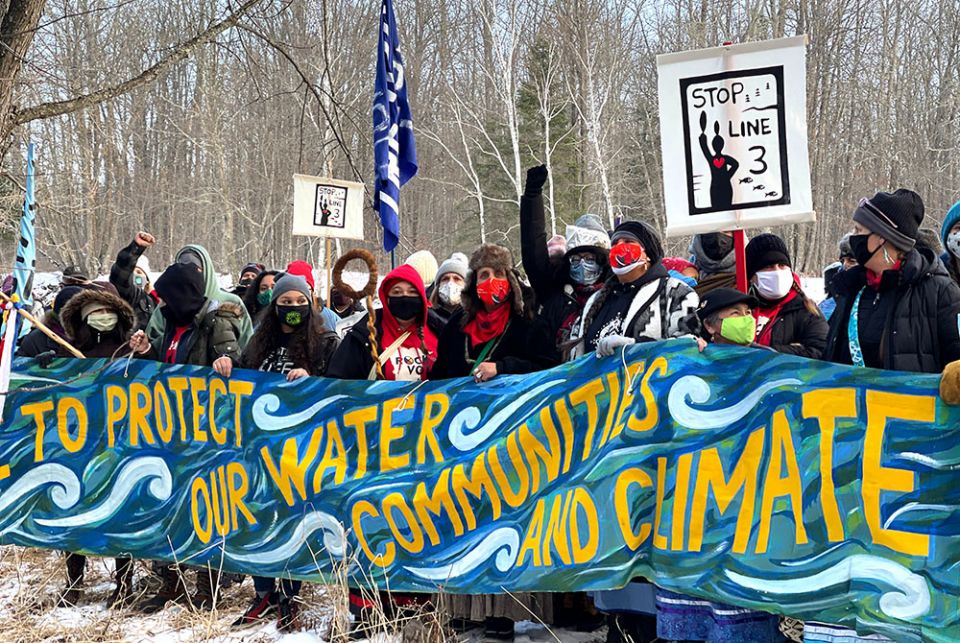 The following is a except from news report detailing the resistance efforts against this Minnesota ecological disaster.

Native tribes and faith leaders are together calling on President Joe Biden to intervene in the ongoing construction of the long-contested Line 3 pipeline in northern Minnesota.

Nearly 3,800 people have signed a petition organized by Interfaith Power & Light. The petition, along with a separate letter signed by 345 faith leaders and organizations, asks that the president use executive actions to stop the $2.6 billion Enbridge Energy project — a 1,097-mile replacement pipeline that, once complete, would transport daily 915,000 barrels of Canadian tar sands oil, which produces larger quantities of greenhouse gas emissions than typical crude oil.

Opponents of the Line 3 pipeline say it will exacerbate climate change — estimating its emissions will be the equivalent of pollution from 50 coal-fired power plants — and is unnecessary at a time when infrastructure investments should shift toward clean energy. Indigenous tribes, led by the White Earth Band of Ojibwe and the Red Lake Band of Chippewa Indians, add that Line 3, which would span 337 miles in Minnesota, violates their land rights under treaties and endangers wetlands where wild rice grows, and other places they consider sacred.

Appealing to Biden’s Catholic faith, the petition quotes Pope Francis’ 2015 encyclical “Laudato Si’, on Care for Our Common Home,” where he wrote that the Earth “now cries out to us because of the harm we have inflicted” through irresponsible use of the planet’s resources.

“In your inaugural address, you said ‘a cry for survival comes from the planet itself.’ We hear that cry,” the interfaith petition reads, “it is being sung by our Indigenous siblings standing in the cold Minnesota winter against this destruction of the sacred. Join their prayer and stand against Line 3.”

The petition and letter are part of an ongoing campaign that has united the faith community with Indigenous tribes and environmentalists against the oil pipeline. In the six years since the fight against Line 3 began, faith groups and clergy have been present at prayer circles, public hearings and demonstrations where some have been arrested. 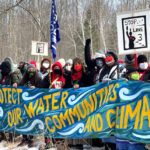 Native tribes and faith leaders are together calling on President Joe Biden to intervene in the ongoing construction of the long-contested Line 3 pipeline in northern Minnesota. Nearly 3,800 people h… 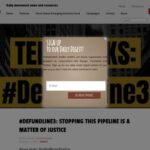 #DefundLine3: Stopping This Pipeline Is A Matter Of Justice – PopularResistance.Org