Home » Blog » Japan: Build the Movement to Close US Bases in Japan

Japan: Build the Movement to Close US Bases in Japan 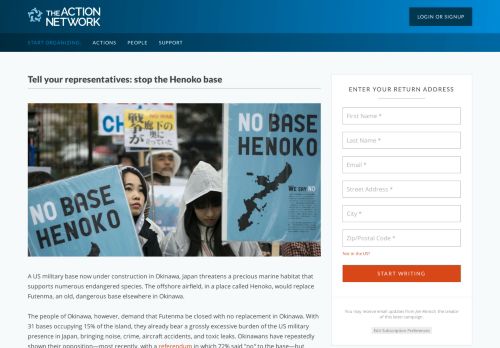 The following is an excerpt from a call to action in opposition against a new military base in Okinawa:

“A US military base now under construction in Okinawa, Japan threatens a precious marine habitat that supports numerous endangered species. The offshore airfield, in a place called Henoko, would replace Futenma, an old, dangerous base elsewhere in Okinawa.

The people of Okinawa, however, demand that Futenma be closed with no replacement in Okinawa. With 31 bases occupying 15% of the island, they already bear a grossly excessive burden of the US military presence in Japan, bringing noise, crime, aircraft accidents, and toxic leaks. Okinawans have repeatedly shown their opposition—most recently, with a referendum in which 72% said “no” to the base—but Washington and Tokyo ignore them.

The New York Times writes that “the security this [US military presence in Okinawa] brings to Japan and the region cannot come at the expense of an unfair, unwanted and often dangerous burden on Japan’s poorest citizens.” In fact, neither Futenma nor its Henoko replacement have any strategic rationale that can’t be satisfied elsewhere. As former defense secretary William Perry puts it, the US mission “could be met at other locations. It did not have to be met at Futenma. It did not have to be met at bases in Okinawa.”

To avert the injustice of forcing a needless US base on people who don’t want it, it’s imperative that Americans urge their representatives to reconsider this plan. To save the bay off Henoko, we, and they, must act quickly”

The Japanese people are resilient in their opposition to US occupation and bases – which brings crime, incidents of sexual assault and abuses to local populations.  The US basing in Japan also provides a potential springboard into US aggressive actions in the region with potential skirmishes with Korea or China – placing the Japanese people in further danger.  In the US we need to develop strong ties to the Japanese movements opposing the US bases and a strategy toward the success to shut those bases down and use the resources to meet the needs of the people in the US and assist the Japanese in the recovery of land from pollution and other ill affects of the bases. 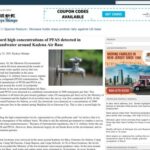 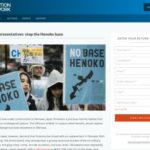 Tell your representatives: stop the Henoko base – Action Network